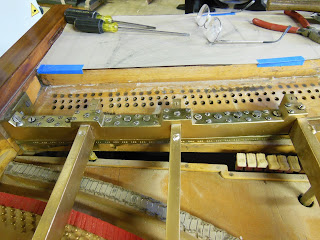 But wait, I have forgotten about the Barre Harmonique, an important invention of Erard, and precursor of the modern Capo-bar. This had to be removed before the plate struts. Let's examine this bar more closely. Unlike the modern Capo, this bar is made in two parts. The lower part, which is the actual termination piece, has the cross section of an L lying on its back. The short vertical leg is pierced to form the termination, and the long leg is screwed to the shelf. The upper part is a massive block of Brass machined to fit over the plate struts. This block is secured using three classes of screws. see below, 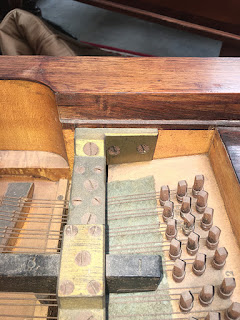 The large screws that run down the center of the bar, are wood screws that pierce the termination piece and thread into the shelf. The center screws above the struts are machine screws that thread into the struts. The remaining screws along the edges of the bar, are machine threaded into the upper bar itself, and bear against the top of the termination piece. Why the two part construction? Perhaps the maker wanted to insulate the strings from, what they felt was the deleterious of a large mass of metal contacting the strings, while still having a large mass of metal contacting the strings. 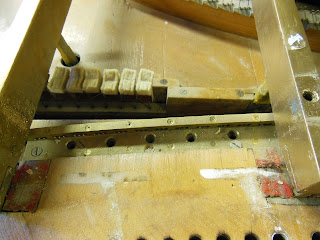 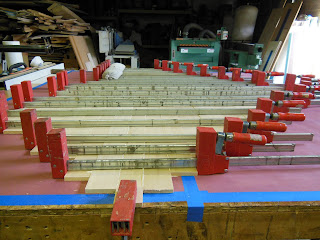 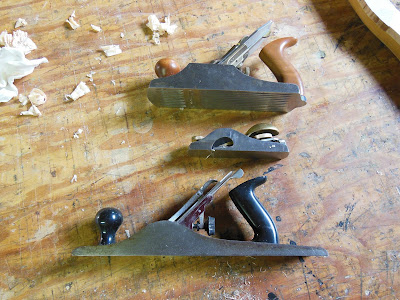