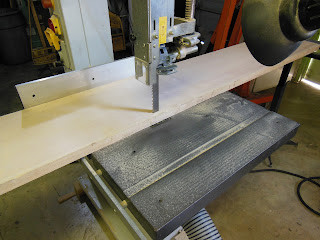 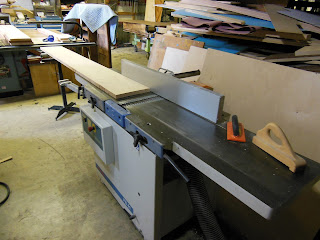 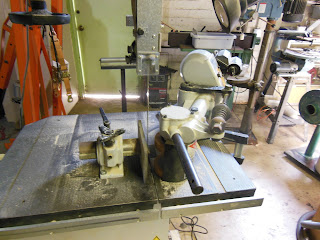 Although there were only a few pieces to re-saw, I took the time to install the power feeder on the band saw. Normally I would be too lazy to do this, as the thing is quite heavy, and for some reason was living on a shelf about ten feet up. Some of the boards are pretty wide, and this spruce is fairly expensive, so the extra work is worth it, as the feeder produces very straight cuts with less waste. 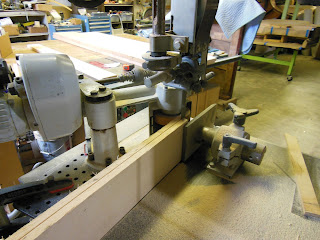 Above; an action shot of some of the narrower stuff. 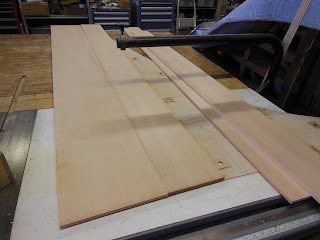 Some of the pieces after sawing, it is a good idea to have the run-out of the boards facing the same direction in the final panel. This is especially important if the panel is going to be planed up by hand. With Spruce you can do this using tape, if the tape pulls up the grain then the grain is running in the opposite direction. The board is then marked with an arrow, the underside of the board would then be running the other way. Very early makers were fastidious about this, and they split the logs by hand in order that the board would follow the grain of the tree, and not run-out. This, however, was not the case with this instrument. Is disassembling this piano I noticed that several of the boards had a lot of run-out, which was not just reversing grain. This indicates that the original boards were sawn, and not too carefully. 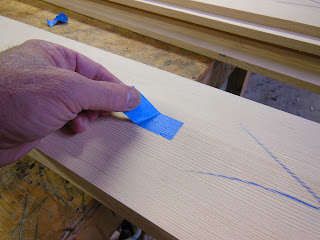 Now the boards are laid out on the table, and graded for color as much as possible, with the little arrows all facing the same direction, trimmed to length and numbered (here shown with the pattern, on top). 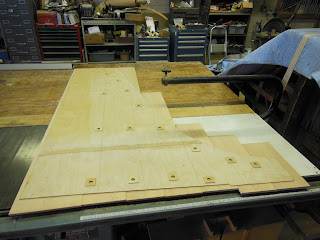